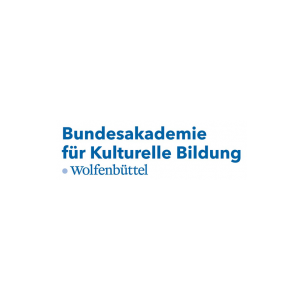 The Bundesakademie Wolfenbüttel is one of the most important providers of hands-on professional training and continuing education in the field of cultural education. It organizes around 180 events a year, including seminars, qualified-training series and conferences in six program areas: visual arts, performing arts, music, literature, museum- and cultural-management, politics and science. The program is aimed at cultural educators and practitioners from around Germany and neighboring countries.

Prof. Dr. Vanessa-Isabelle Reinwand-Weiss studied education, theater and media studies, Romance languages and literature, and philosophy in Erlangen and Bologna and received her doctorate from the University of Erlangen-Nuremberg in 2007. She led a project on early childhood education at the University of Fribourg, is an educator and researcher at the Institute for Cultural Policy at the University of Hildesheim, and is director of the Bundesakademie für Kulturelle Bildung Wolfenbüttel since 2012. She has served on numerous committees and juries in the field of cultural education.